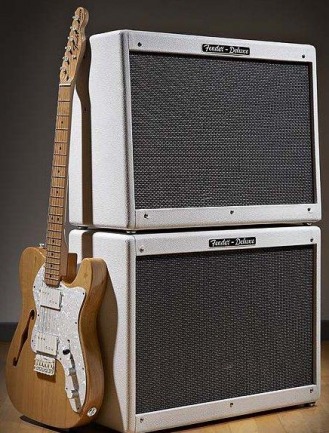 This classic column was originally published on July 26, 1998.

I got a call from a guy I know named Carl. It was a cry for help. Carl is a successful man in his 40s, but sometimes even successful people, when they are in need, have to reach out to their friends, and I am proud to consider Carl a friend, even though for my 50th birthday he gave me some kind of reptile egg, which thank God never hatched.

It took some effort for Carl to overcome his masculine pride and tell me what was on his mind. It was something that I believe is on the mind of a lot of guys, although they cannot always admit it.

''I think I want to buy an electric guitar,'' he said.

At some point or another, almost every guy wants an electric guitar. It would not surprise me to learn that, late at night, in the Vatican, the pope picks one up and plays ''Hang On, Sloopy.'' Electric guitars exert a strong appeal for guys, because they combine two critical elements:

Taken separately, these elements have little intrinsic value. But combined, they have an almost magical effect: They enable a mediocre guitar player, or even a bad guitar player, to play WAY louder.

I got seriously into electric guitars in the '60s when, as a college student, I helped start a band called ''The Guides,'' which later became ''The Federal Duck,'' which later became ''A Bunch of Guys Who Got Older and Developed Prostate Concerns.'' We were a ''psychedelic'' band, which means that we sounded a lot better if you were on drugs, not that I am for one second suggesting that anybody was.

As a member of that band, my artistic dream was essentially the same dream that inspired legendary musicians such as Bach, Beethoven, Mozart and The Dave Clark Five: The dream of getting a bigger amplifier. This was important because of the musical dynamics of a rock band, which are very similar to the political dynamics of the Asian subcontinent. Let's say that India is the drummer, and Pakistan is the lead guitar player. There is always tension between these two instruments, because they both want to be the loudest.

Let's say that, in this band, they start out roughly equal, but then, one day, India goes out and gets larger drumsticks. Pakistan is naturally threatened and responds by buying a more-powerful amplifier. Then India, seeking to regain superiority, buys even LARGER drumsticks, and maybe a cowbell. At this point, the bass player (China) feels it has no choice but to escalate, and pretty soon the band is so loud that merely by tuning up it can kill whales swimming thousands of miles away. (In a selfless effort to avoid this kind of tragedy, the Federal Duck almost never tuned up.)

My point is that I have a strong musical background, which is why Carl called on me in his hour of need. We met at a warehouse-sized musical superstore containing hundreds of electric guitars, not to mention amplifiers the size of public housing. If you live near one of these stores, you'd better hope there never comes a time when all the amplifiers get cranked up simultaneously, because the resulting crater would measure several miles across.

Carl and I spent a while looking at guitars, with me offering knowledgeable insights such as, ''Here's a guitar,'' and ''Here's another guitar over here.''

Then a salesman helped us out, explaining various technical aspects of guitars such as wood type, body style, pickups, tuning pegs, necks, frets, etc. Carl listened carefully, then, after considering all the factors, made his decision.

So he got a guitar. It came as part of a complete rock-star set in a cardboard box, which also included a strap, picks and an amplifier. I was concerned about the amplifier, because it was small and probably not powerful enough to cause permanent ear damage. But we agreed that Carl could get a bigger one if he ever learns how to actually play.
I called Carl a week later to see how he was doing. He told me he'd run into a problem.

I think there are a lot of older guys like Carl and me and the pope, older guys still fantasizing that we're Jimi Hendrix (who had the good sense to die before he was 30). As we get even older, we're going to need specialized equipment; somebody's going to make a killing selling amplifiers that have large, easy-to-read numbers on the knobs, so we can make sure they're turned all the way up. Also, somebody's going to get REALLY rich selling earplugs to nursing homes.